If you want to make some cash, try some refferals.

….. today I’m going to share with you Captain America 1944 Republic black-and-white serial film loosely based on the Timely Comics (today known as Marvel Comics) character Captain America. It was the last Republic serial made about a superhero. This is chapter 1 of Captain America titled, The Purple Death.…..

LinkWing: Run DMC is one of the most influential acts in the history of hip hop culture and one of the most famous hip hop acts of the 1980’s. So make sure to link on, and add Run DMC to your playlist. You’re listening to Ad Toons. ..

The Malifairy blog is about Angelina Jolie and the character she plays, Maleficent. It is my point of view of the character and how she could be another character in disguise. Maleficent is a fairy that can change her appearance. The blog is about how I see Maleficent in my mind after watching both movies. They are Maleficent and Maleficent: Mistress of Evil. The movies plant seeds just as the old and the original fairytale story did which is Sleeping Beauty. There are different versions of Sleeping Beauty. The story inspired other authors to write and inspired Disney to make the 1959 animation film. Then the Maleficent movie was made in 2014.

You can see my thoughts and what I think of the character here.

Do you remember the old Malt Liquor Bull Commercials? I remember the commercials featuring Kool & the Gang. They were in 3 of the Bull commercials. One with the Platters, and another one with the Four Tops, and one with the Spinners. Every time they said Bull, the bull would bust through the wall and come after you.  …,

Ghost Boogie: It’s about time DJ Flip released me. Well, he done left the station. He left the records playing. Flip must don’t know that I’m in the stack. Scared of the boogity boo. All that superstitious stuff, but it ain’t superstitious that he has seen me. (Music)

I’m gonna stop the music a minute. DJ Flip don’t like this record label, Ghost Boogie Records. See, I’m that ghost, and when I get played, people don’t stop dancing. Ain’t nothing wrong with dancing. Flip grew up with folks telling him the boogie man waould get him if he didn’t sit down. He was dancing too much. What flip don’t know is that I’m a gold record, and when he’s got me, he’s got power. While the world is dancing, he could rob a liquor store, and nobody would never know it. ……….

Are you a creator? Then you should join buymeacoffe.com. That is where I have been writing about my podcast. You can get support or enable membership for income. Buy me a coffee is a great place to start. You can check out my page there at https://buymeacoffee.com/nobles. 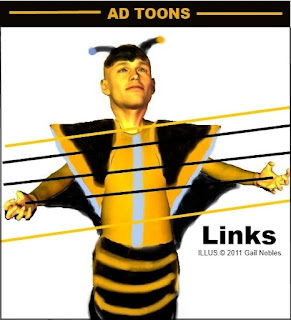